After two years of stalemate in the trenches, a new British weapon appeared in the World War I battlefield: the tank. Since its debut, Britain has been at the forefront of armored warfare, producing an impressive array of innovative tanks and armored vehicles which stand among the finest in the world today.

The tank is a British invention, developed at the height of World War I as a weapon capable of breaking the deadlock in the trenches of the Western Front. It was pressed into battle for the first time during the Battle of the Somme in 1916, where a small group of tanks managed to make a modest breakthrough in the German positions, much to their enemies’ surprise. However, large scale use of tank formations took place only until the following year during the Battle of Cambrai where for the first time in years, the British managed to break through German lines even though they ultimately failed to follow their success through. British tank strength grew steadily throughout the war and by the end of the conflict the tank had established itself as a novel and groundbreaking new weapon, one which the Germans were never able to match.

Tank development moved ahead during the interwar period, evolving into smaller and more maneuverable designs (many of them optimized for colonial warfare) compared to the lumbering behemoths of the Great War. British designs were among the most novel in the world, and inspired many US, Russian and Japanese copies in the 1920s and 30s. Despite this, Britain failed to produce consistently good tank designs in World War II; in retrospective, the country’s focus on well armored but slow infantry tanks and fast but poorly armed cruiser tanks was somewhat misguided and frequently resulted in British tanks being outclassed by their German opponents. Although Britain out-produced Germany in armored vehicles during much of the war, production was hampered by an excess of designs which resulted in the British Army relying extensively on US lend-lease supplies (to the point that one out of every three Sherman tanks built in the US was supplied to British or Commonwealth forces). Nevertheless, by the end of the war the British Army was fully motorized and lavishly equipped, and its victories in the great tank battles of the North African desert such as El Alamein stand among the most legendary in history.

The British Army downsized significantly after the war, but maintained an important role in NATO’s northern sector. The postwar period saw some of the most outstanding British designs ever, such as the Centurion (the world's first true main battle tank) and the Chieftain, both of which could lay claim to being the finest tanks of their generation. Since the end of the Cold War, Britain has accumulated further experience in armored warfare thanks to its participation in the 1991 Gulf War and the 2003 Iraq War. Innovations such as Chobham composite armor (used in the US M1 Abrams as well) are further evidence that Britain will remain an important participant in armored vehicle development in the future.

There are currently 42 entries and data on 64 variants. 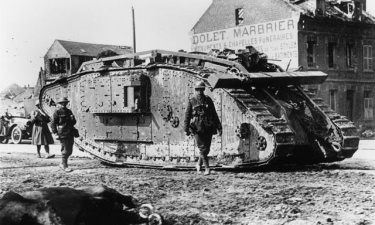 These big and slow behemoths were key to breaking the trench deadlock in World War I. 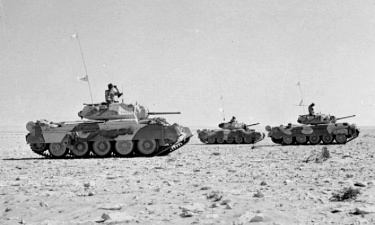 Rommel and his panzers met their match in the North African desert against the 8th Army.