The Achilles was the result of fitting the 17-pounder gun to the numerous US M10s that was supplied to the British through Lend-Lease. The result was a significant improvement in firepower compared to the original M10's 3-in gun, as the 17-pdr was quite capable of knocking out any German tank or assault gun at a distance. Other modifications included the fitting of extra armor on the glacis plate although this was only used on some vehicles; otherwise, the Achilles was practically identical to the M10 even with the inclusion of a counterweight at the rear of the turret. A small number of units came ashore during D-Day but knocked out vehicles were often replaced with unconverted M10s during the first few months when 17-pdr guns were still in short supply. By 1945 it was finally in more widespread service and became the most common self-propelled anti-tank gun in British service, and remained in use well into the post-war period.

Deliveries of the M10 under Lend-Lease began in 1943 but the number of conversions to the 17pdr SP Achilles were initially limited by the availability of the guns. As was the case with the Sherman Firefly, variants were distinguished by a C suffix. These included the Achilles Mk. Ic (based on the M10) and the Mk. IIc (M10A1). 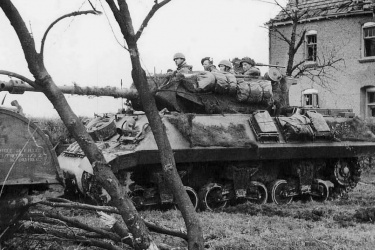