Italy has had mixed success in its early aviation history; despite showing great promise during the inter-war years, the Regia Aeronautica fell short against the better equipped and more modern RAF in the Mediterranean. After the war, Italian aviation has experienced a renaissance through its collaboration with other European partners.

Italy was one of the earliest proponents of military aviation, initially through the use of balloons and later, aircraft becoming the first to use the latter in a battlefield role during the Italo-Turkish war. Despite having some excellent designs at the start of World War I, the Corpo Aeronautico Militare lagged in terms of tactics and doctrine as was eventually forced to adopt mostly French designs like Nieuports and Spads. In the bomber role, local designs were far more successful as was the case with the Caprioni bombers which were among the largest aircraft of their kind during the conflict. Despite its deficiencies, the CAM ended the war having achieved air superiority over its Austro-Hungarian and German rivals on the Italian Front.

Upon the ascension of Mussolini to power in 1922, the CAM was rebranded as the Regia Aeronautica and efforts were made to keep it technologically on par with its potential enemies. During the 1920s, Italian aviation broke numerous world records and its aircraft were frequent contenders in civilian tournaments like the Schneider Trophy. It also performed well against weak oppositon as was the case in the Spanish Civil War and the invasion of Ethiopia. By the onset of World War II, however, the Regia Aeronautica had fallen behind, and Italian industry was not able to make up the qualitative difference with quantity: it was by the smallest air force of the major combatants and increasingly relied on German assistance. Although Italian aircraft like the MC.202 were excellent dogfighters, they were generally slow and poorly armed and certainly not a match against more effective Allied fighters like the Spitfire. After the Armistice, the remnants of the Regia Aeronautica served both the Axis and the Allies during the final two years of the war.

As was the case with all of the defeated nations, Italian industry was in shambles at the start of the Cold War but its position as a NATO member required it to re-arm against the Soviet threat. Despite this, a number of excellent designs were produced during the Cold War, such as the G.91 fighter-bomber which won a NATO competition for European orders. Italian industry has particularly excelled in helicopter design thanks to Augusta (the A-129 was Europe's first attack helicopter), as well as in transports: the G.222 has been one of the few foreign aircraft adopted post-war by the US, as the C-27 Spartan. Italy has also been a partner in the development of the Tornado and the Typhoon, both of which have filled important gaps in the Aeronautica Militare's strength, keeping it ready for meeting its 21st century commitments.

There are currently 36 entries and data on 41 variants. 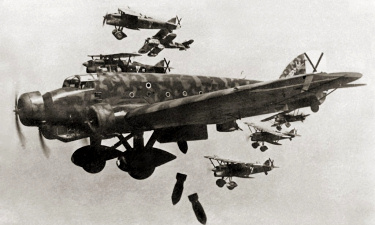 An SM.81 bomber over Spain during the Civil War. The Regia Aeronautica performed well against weak opposition. 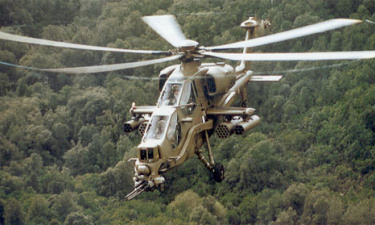