The Reggiane Re.2005 Sagittario (Archer) was the ultimate development in the Reggiane series of fighters, and was undoubtedly one of the finest combat aircraft produced by the wartime Italian aviation industry. Fast, agile, with a potent engine (a license produced Daimer-Benz DB 605), and packing a surprisingly powerful punch, it was more than capable of defeating most of its opponents in 1943; those who flew it compared it quite favorably to the Spitfire in performance to the point that it was considered superior in tight turns and handling. Alas, less than fifty units were ever built, and far too late to make any difference although some were used to defend Rome and Naples as well as Sicily after the Allied invasion in 1943. After the surrender, about a dozen Re.2005s were taken by Germany and used to defend the Ploesti oil fields as well as Berlin itself.

First flight of the prototype Re.2005 was on 9 May 1942 making it the the last of the final generation of Italian fighters (along with the MC.205 and G.55 which were collectively called the "series 5") to be flown. No major variants were designed besides the couple dozen units of the full production run. 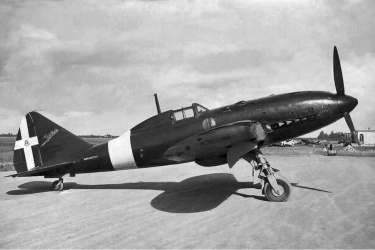