Brainchild of Celestino Rosatelli, the Fiat CR.42 Falco (Falcon) was the most widely produced and used Italian fighter of World War II. Despite being an archaic biplane with such obsolete features like an open cockpit and fixed landing gear, it was in front line service up until the surrender, yet was outclassed from day one by the more advanced British monoplanes it faced in the Mediterranean. Against the equally-obsolete Gladiator it could hold its own, but faced with Hurricanes and Spitfires, the CR.42 had no chance despite its superb maneuvrability and easiness to handle. CR.42s served in France, flew against Britain (where they suffered heavily) and were seen in North Africa and the Middle East where their success was inversely proportional to the opposition they faced. Foreign operators included Belgium, Finland, Hungary, and Sweden as well as the German Luftwaffe which took control of many surviving aircraft after the Italian surrender.

The prototype CR.42 first flew on 23 May 1938 and entered service the following year. Early export customers included Hungary, Sweden and Belgium which used them against the Luftwaffe during the Blitzkrieg although most were destroyed on the ground during the initial strikes. Further development led to the CR.42CN close support fighter for African duty, the CR.42CN night fighter, the CR.42ter with additional armament, and a prototype CR.42DB with Daimler-Benz engines. The CR.42 continued to be produced up until 1944 where some served with the Germans over Italy and the Balkans. 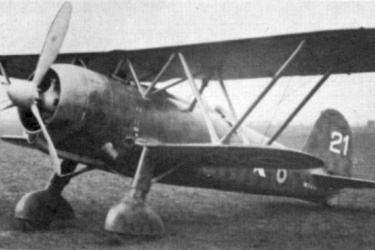