It is ironic that the archaic Fiat CR.32 biplane was the numerically the most important fighter in the Regia Aeronautica's arsenal at the outbreak of the war. It was designed with an unequal span configuration and fabric covered metal construction and was first flown in the early 1930s where it was regularly shown in acrobatic displays in account of its superb maneuvrability which made it a significant export success in the pre-war years. But despite extensive service in the Spanish Civil War, the Sino-Japanese conflict, and the initial campaigns in Greece and East Africa (as a night fighter and close support aircraft), the CR.32 was hopelessly outdated in the face of more modern opposition in Europe and therefore was eventually relegated to secondary duties such as training for the remainder of the war. Export customers included Austria, China, Hungary, Paraguay, Venezuela, and Spain where it was license-built by Hispani-Suiza in the 1940s.

First flight of the CR.32 took place on 28 April 1933, it was based on the CR.30 biplane which had flown the previous year. Defensive armament was shown to be lacking and this was corrected in the CR.32bis which additionally provided bomb-carrying capability. The subsequent CR.32ter returned to a twin-gun configuration but compensated with an improved gunsight and instrumentation. Finally, the the CR.32quater had a lighter structure while the HA-132-L Chirri was the designation given to Spanish-built aircraft by Hispani-Suiza. 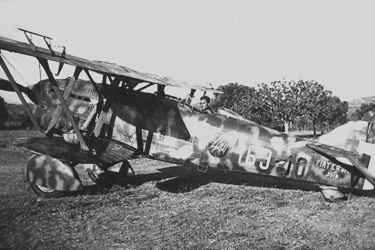