Another fine example of Italian pre-war aviation, the CANT Z.506 Airone (Heron) was a three-engined float plane entirely made of wood which had been developed from a record-setting civilian transport. During the mid 1930's, Z.506s established various altitude and distance records including a non-stop flight from Spain to Brazil, they also demonstrated incredible resiliance even under the most adverse weather conditions. Z.506s were used in the Spanish Civil War and then saw combat in the early stages of World War II although by that time their age had begun to show, and were subsequently relegated to secondary duties like naval reconnaissance, convoy escort and rescue. The Luftwaffe picked up a number of surviving aircraft after the surrender where it used them as ambulances and transports, even after the war Z.506s served as rescue craft by the Aeronautica Militare Italiana well into the 1950s.

The commercial prototype Z.506 first flew 19 August 1935, it was followed by the principal military version, the Z.506B, which entered service in 1937 and borrowed heavily from its civilian counterpart's structure. A number of these aircraft were eventually converted into the Z.506S and optimized for air-sea rescue operations with no other significant variants built during the war. 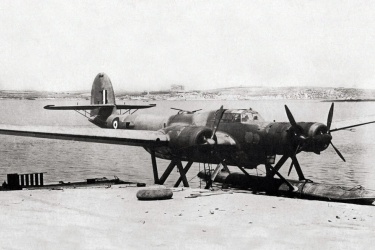