Arguably the most important Italian fighter of World War II, the Macchi MC.200 Saetta (Lightning) was the most modern of its type available to the Regia Aeronautica in 1939 where it bore the brunt of Italy's early campaigns. Despite this, it was only a match for the Hurricane which was to be one of its main opponents in the skies over the Mediterranean and North Africa, against more modern opposition it was less successful despite having good flight characteristics. It was also not aided by initial pilot conservatism which went so far as to force it to revert to an open cockpit and even exchanging it for the CR.42 biplane when it first equipped the 4° Stormo! Despite the typical Italian drawbacks like poor engines and lack of powerful armament, the MC.200 was very maneuverable and agile: in Russia, the MC.200 was actually successful, scoring 88 kills against only 15 losses and in the Mediterranean managed to sink the British destroyer HMS Zulu off Tobruk. After the Italian surrender, surviving units served with both the Allied and Axis and as trainers post-war.

The prototype Saetta first flew on 24 December 1937 and entered service two years later as the basic MC.200 variant which was progressively upgraded throughout the war (its only major variation, the tropicalized MC.200AS, was adapted for service in Africa). An improved MC.200bis variant was built by Breda and featured a 1,180-hp Piaggio P.XIX engine but was never put into service, likewise the MC.201 featured a Fiat A.76 engine. 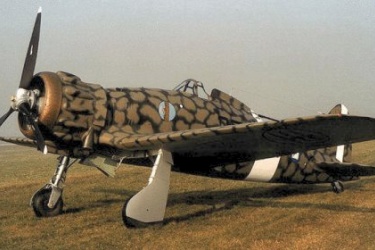