The Caproni Ca.135 was designed as a high-performance medium bomber for the Regia Aeronautica with the assistance of Casare Pallavicino, formerly of Breda. It was built with a blend of wooden wings, a light-allow monocoque forward fuselage, and a steel tube plus fabric rear fuselage and tail. Nevertheless, the Ca.135 was generally considered to be inferior to the competing SM.79 and Z.1007 tri-motor bombers and as such, was never adopted by the Regia Aeronautica except for bomber training duties and for combat evaluation in the Spanish Civil War despite having been incorrectly identified as having participated in attacks against Malta, Yugoslavia, and Greece (the real raiders having actually been BR.20s). Its only users were Peru and Hungary which used them extensively on the Eastern Front and in the Balkans.

First flight of the Ca.135 prototype took place on 1 April 1935 and was powered by Isotta-Fraschini engines. Initial orders were known as the Ca.135 Tipo Spagna (Spain) with Fiat radials for use in the Spanish Civil War while peruvian versions were designated Ca.135 Tipo Peru with the prototype's powerplant. The definitive and improved Ca.135bis with Piaggio radials was eventually adopted by Hungary, its only combat operator. 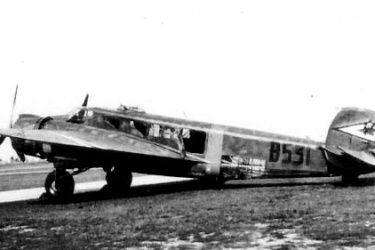