Designed by Filippo Zappata, the CANT Z.501 Gabbiano (Gull) was Italy's only flying boat employed during the war. It was a single-engine design of wooden construction with various struts between the wings, the fuselage, and the floats which had decent performance for pre-war standards, setting various long-distance records in the 1930s. It served in Spain but by the time of World War II it had become too slow and poorly armed, as a consequence it suffered appalling casualties during the opening stages of the conflict which greatly reduced the number of aircraft in service. It was also used by Spain and by Romanian forces in the Mediterranean and Black Sea in addition to serving with Allied and Axis forces after the Italian surrender with a few surviving aircraft still in use in Italy as late as the 1950s.

The prototype Z.501 was first flown in August 1934, the initial production variants entered Italian service in 1936. There were no major variants developed although there were some modificiations made throughout its service life such as the replacement of the bow gun position by an observer's station. 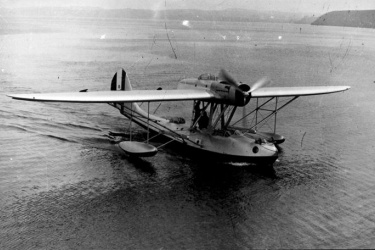