The Caproni Ca.309-316 series was an extensive family of multi-role aircraft which were designed after a light passenger transport known as the Ca.308. Common characteristics included wooden wings and a fuselage of welded steel tube covered with fabric, however, other features such as retractable undercarriage and a stepped nose varied among the different models in the series. The initial role of these aircraft was as a light reconnaissance bomber for use in Italy's African colonies, others were eventually developed as unarmed communications and crew trainers, torpedo bombers, convoy escort aircraft, and assault bomber or close support with even more variants in design at the time of the Italian surrender in 1943. Overall, they flew on all fronts including North Africa and Russia with major export customers including Sweden, Hungary, and Yugoslavia in addition to Germany. Some were kept in service in Italy well up until the early 1950s.

The civilian Ca.308 Borea (North Wind) was the basis for what eventually became the first military version of this extensive family of aircraft, the Ca.309 Ghibli (Desert Wind), first flown sometime in 1936. Other variants included the Ca.310 Libeccio (Southwest Wind) recon bomber with retractable undercarriage, the Ca.311 and 311M light bombers with an unstepped glazed nose, and the Ca.312 and 312M unarmed trainers. The Ca.313 branch included the Ca.313RPB1 light bomber, the Ca.313RA recon/torpedo bomber and the Ca.313G crew trainer for the Luftwaffe. The Ca.314 was developed into the Ca.314A convoy escort, Ca.314B torpedo bomber, and Ca.314C close support aircraft. Finally, the Ca.316 was a reconnaissance seaplane. 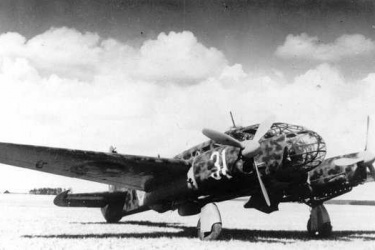