Stablemate to the SM.79, the Savoia-Marchetti SM.81 Pipistrello (Bat) was another tri-motor bomber of the Regia Aeronautica. Unlike the Sparviero, however, the SM.81 was too slow and too poorly protected to be effective in the extreme combat conditions where it usually found itself and thus never achieved anything near the level of fame of its contemporary. Designed as far back as 1935 based on the SM.73 airliner, the Pipistrello was obsolete by the time Italy entered the war (as shown by its fixed landing gear) but still served with some success in Ethiopia and Spain and was in widespread use when Italy entered World War II most notably as a night bomber in the Mediterranean. Despite these good showings and its excellent overall dependability, it was eventually relegated to secondary duties like transport due to its deficiencies as a modern bomber. After the surrender, a small number served with Allied forces with surviving units in use until the early 1950s.

The prototype of the SM.73 airliner first flew as early as 1934, little was changed as far as structure is concerned for the development of the SM.81 whose first prototype took to the air on 8 February 1935. There were no additional variants built although the basic SM.81 was also adapted as a transport and actually became the most numerous of its type in the Regia Aeronautica. An experimental twin engined SM.81B variant with uprated engines was never put into production. 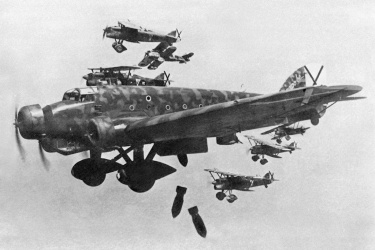