Designed by Giuseppi Gabrielli, the Fiat G.50 Freccia (Arrow) was developed around the time of the Hurricane and Bf 109 yet was not comparably close in terms of performance. It was the Regia Aeronautica's first all-metal monoplane, featuring retractable landing gear and a closed cockpit which ironically proved highly unpopular to pilots due to its reduced visibility and difficulty to open, most later G.50s therefore ended up with open cockpits. Like many Axis aircraft of the time, it was sent to Spain for evaluation but in the event was used in less quantities than its superior successor, the MC.200 Saetta. The G.50 was seen flying unsuccessfully against Britain in 1940 and later in the Mediterranean where it was slowly phased out by 1941 when improved designs were finally entering service. It's main weaknesses were typical of Italian fighters: under-gunned and underpowered despite good maneuvrability although that did not impede a number of export orders to various Axis allies such as Croatia, Finland, and Spain.

The initial G.50 prototype first flew on 26 February 1937 and was ordered for service shortly afterward as the G.50 despite its combat trials in Spain revealing many deficiencies. In late 1940, the type was upgraded into the G.50bis featuring increased armor and range, these comprised the grand majority of production units. A tandem two-seat trainer version was designated G.50B while experimental models included the G.50bis/A two-seat carrier-based fighter-bomber, the G.50ter with a Fiat A.76 engine, and the G.50V with a Daimler-Benz powerplant. 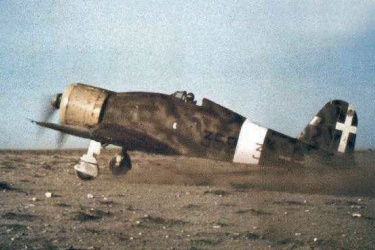