More countries than ever are now capable of designing and producing armored fighting vehicles. Although development of a modern main battle tank is still beyond the reach of many, production of less sophisticated vehicles like APCs are well within the realm of most countries with strong militaries and has been greatly aided by license-production and technology transfers undertaken during the Cold War.

Numerous European nations have had long records of developing tanks and military vehicles, initially after adopting British or French designs in the post-World War I period. Among these, Czechoslovakia was perhaps the most important as it benefitted from the presence of Skoda, one of the Europe’s largest industrial groups. Sweden and Poland also had significant local potential. Nevertheless, armored warfare tactics remained primitive compared to the revolution being undertaken in Germany. Despite some of these countries having superior designs compared to the Panzer I and IIs that formed the bulk of the Wehrmacht’s tank forces during the early blitzkrieg, the experience of Poland's swift defeat demonstrated the vulnerability of a medium power against a full armored onslaught from a more modern and better trained enemy.

After the war, many countries (including recently independent former colonies) saw the tank as a means to quickly beef up their nascent militaries. Living in the shadow of the Cold War made it easy for many of these to receive extensive military aid either from the US and NATO or the Soviet Union. Indeed almost all the great tank battles of the post-war period have taken place between in the developing world, notably during the Indo-Pakistani wars and the many Arab-Israel wars. Perhaps no country in the world has had more experience in armored warfare since 1945 than Israel, which in four occasions has had to face off against its Arab neighbors and has generally prevailed. Today, Israel's Merkava MBT is among the most advanced and well-protected in the world. Other more traditional countries like Sweden have maintained their indigenous industries and produced some notable designs like the revolutionary S-Tank. Since the fall of the Iron Curtain, the spread of military technology has reached all corners of the globe as even smaller nations compete against the established powers in obtaining export orders for their thriving industries.

There are currently 49 entries and data on 85 variants. 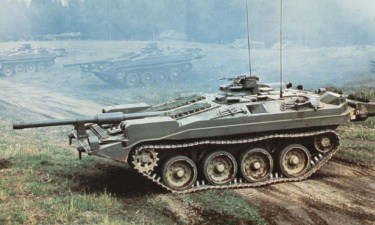 The Swedish S-Tank was a revolutionary design but one that did not end up being copied. 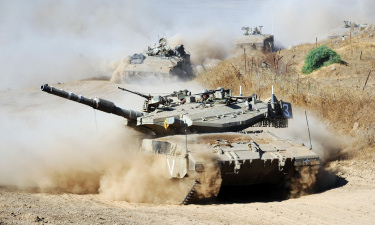 Israel's Merkava is one of the finest and best protected main battle tanks in service today.