The geography of the Pacific has meant that Japan has never been in need of fielding large armored forces, and as a result the Imperial Japanese Army of World War II was primarily an infantry force, with the few light tanks being used mostly for support duties rather than as independent units. After a post-war hiatus lasting into the early 1960s, Japan has gradually gained ground in tank and armored vehicle technology to put it on the level of its economic sophistication.

Like many other great powers in the making, Japan's tank industry was inspired by early British and French designs such as the Vickers Whippet and Renault FT-17. By the 1930s, locally designed vehicles began entering service and some, like the Type 95 light tank were among the finest in the world of their type. Japanese armored units performed admirably during the empire's initial offensives in the Pacific and in Southeast Asia and much like the German panzers in the Ardennes, came as a shock to the Allies who had believed much of the region's rugged jungle terrain was impassable for tanks. Unfortunately, armored warfare was never a priority for Japan's military authorities, and the industrial resources needed for a viable tank arm to flourish were set aside for warship and aircraft construction instead. As a result, few designs were put into production and in low numbers and most were ultimately relegated to static defense. Despite some ambitious designs, such as its amphibious tanks (elements of which were subsequently copied by the Allies for their specialized equipment used on D-Day), Japan had no real equivalent to a reliable medium tank design like the Sherman, which easily outclassed its opposition in the Pacific.

Japan's post-war constitution banned the development of any form of military weaponry, but this was relaxed after the Korean War. Japan's first post-war armored vehicles came into service in the early 1960s and the quality of locally-designed equipment has gradually converged to that of its NATO and Russian equivalents thanks to the country already having one of the world's largest and most advanced car-making industries. The Type 10 main battle tank, for example, is one of the newest and most advanced in the world, and is of entirely indigenous design. Unfortunately, a ban on military exports impedes the ability of creating economies of scale, although the ever present threat of China means that resources will continue to be made available to maintain a viable local industry.

There are currently 22 entries and data on 25 variants. 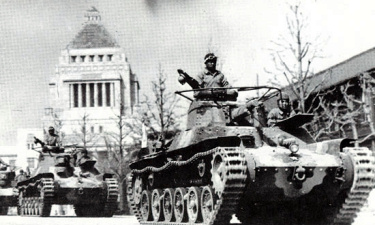 Most Japense tanks during World War II were small and more suitable for rugged terrain. 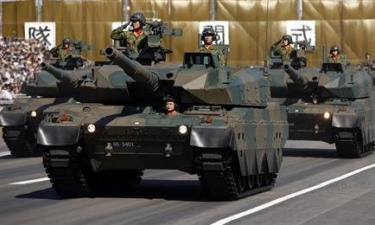 The threat from China means that Japan cannot afford to fall behind: here a group of Type 10s on parade.