The French quickly followed the British lead in developing tanks and ended World War I with the largest tank force in the world, one that was further refined in the interwar period. However, an early defeat in World War II led to a period of inactivity during a crucial period of armored warfare development and as a result, the French were forced to come up to speed during the post-war years in order to fulfill its NATO obligations.

The French developed their own tank designs just one year after the British first used them in combat. It was soon after that the groundbreaking Renault FT was produced, a vehicle that would shape the development of tanks thereafter, moving from the large and lumbering behemoths into smaller and more mobile designs featuring turrets and a single large gun. These were used extensively during the final Allied offensives in 1918 and also equipped the US's incipient tank forces. French tank design was at the forefront of technology up until World War II, where they enjoyed a slight superiority over the German panzers, but suffered due to poor tactics, lack of concentration among French tank forces, as well as inferior radio equipment which hampered cooperation. After the surrender, tank development halted, and Free French forces were forced to use mostly US equipment as they fought back to help liberate their country.

After the war, French industry was in tatters, but the need to rearm led to the development of a few indigenous designs in the immediate post-war period. Nevertheless, reliance on US equipment was still high and even by the 1956 Suez Crisis, most French heavy weapons were of US origin. By the 1960s, however, new designs like the AMX-30 main battle tank had come into service, in addition to a myriad of armored personnel carriers and infantry fighting vehicles that equipped both the French Army as well as many export customers abroad. Although France was slow to catch up with its NATO partners in producing a modern third generation tank (in the 1991 Gulf War, it was still using the now obsolete AMX-30), the Leclerc has proven to be among the most capable in the world, and a new generation of armored vehicles like the VBCI will give French forces the flexibility and power to adapt to modern threats as they arise.

There are currently 26 entries and data on 36 variants. 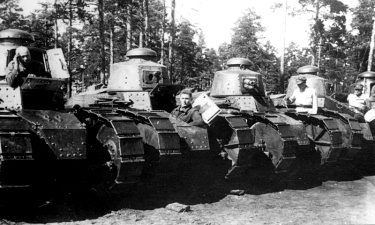 The revolutionary Renault FT was the world's first modern tank. 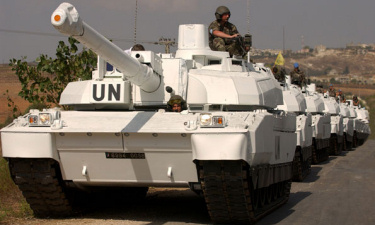 France remains at the forefront of technology thanks to designs like the Leclerc MBT.