The French had been early advocates of the heavy tank concept, as exemplified by the Char B1. Plans for a successor which could feature the powerful 75-mm gun on the main turret were underway during the onset of hostilities but this came to an abrupt end following the French surrender in 1940. Nevertheless, development continued in secret in Rueil and the resultant ARL-44 came with a unique mix of old and new design concepts. Like most French pre-war heavy tanks, the ARL-44 featured an elongated and narrow hull, ideal for crossing wide trenches. It also featured small road wheels and a conventional suspension plus the prominent side skirts fitted inside the tracks that were characteristic of earlier designs. On the other hand, armor protection was heavy at a maximum of 120 mm and the front slope was similar in shape to that decent punch with its 90-mm DCA45 gun. Production of the ARL-44 was limited to just 60, serving with the 503e Régiment de Chars de Combat. The design was plagued with teething troubled and it was eventually retired as US M47s became available and ultimately, France's first main battle tank, the AMX-30.

The initial project for a new heavy tank was known as the ARL-40, which continued to be developed in secret during the occupation. The resulting ARL-44 was completely shortly after the war ended but was in fact, an entirely new design. It was known as the Char de Transition while other models became available. 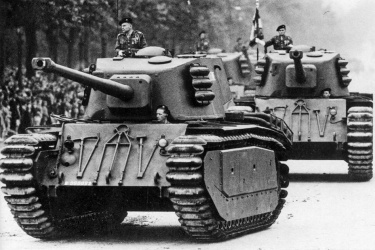