Russia’s aviation technology in World War I lagged well behind that of the West but half a century later, the air forces of the U.S.S.R. were among the most powerful the world had ever seen. The iron curtain may have fallen, but Russian technology has made great strides in making up for the lost ground since though they are still far from narrowing the qualitative gap that exists with the West.

Technological backwardness during the final years of Czarist rule meant that Russia became heavily reliant on Western (mostly French) designs during World War I, although in the end the air war on the Eastern Front was largely irrelevant at anything other than a tactical level. Stalin’s industrialization of the USSR during the 1930s, however, resulted in the Soviet air force quickly becoming the largest in the world and a symbol of the regime’s prowess. Still, the Nazi invasion in June 1941 came as a rude shock, as Soviet designs proved to be significantly inferior to their German counterparts; no less than 2,000 front-line aircraft were lost in the first 48 hours alone. It would take around two years until the VVS achieved some semblance of parity with the Luftwaffe but this would be an advantage it would never cede. By the end of the war, the VVS was the second largest in the world behind that of the US and was well equipped with excellent designs such as the Il-2 Sturmovik tank killer (the most widely produced military aircraft of all time) while the Yak-3 and La-7 fighters were competitive with almost anything that the Luftwaffe could throw at it in 1944-45.

Wartime allies became enemies during the Cold War, and air power became an even more intrinsic aspect of the military balance between East and West particularly with the advent of nuclear warfare. The word MiG became synonymous with Soviet fighters following a string of successful designs such as the MiG-15 and MiG-21 that were the scourge of US airmen during the Korean and Vietnam wars. On a strategic level, the Soviets built a formidable force of inter-continental bombers like the Tu-95, and also became early proponents of cruise missiles to strike at the US’s vaunted carrier battle groups. Although a war between the superpowers thankfully never took place, combat between Soviet and Western designs would be an ubiquitous feature of Cold War proxy conflicts as both sides lavishly equipped their allies and client states. Unfortunately, Soviet aircraft often came out on the losing end due to inferior training and tactics as was the case in the many Arab-Israeli conflicts and most shockingly, during the 1991 Gulf War, where the largely Soviet-equipped Iraqi air force melted away against the more modern US air armada.

By the time the USSR dissolved in 1991, its aviation technology and doctrine had fallen behind the West but Russia has made tremendous efforts to narrow the gap since despite some severe funding problems that have also seen the Russian air force erode to a fraction of its former self. Still, designs like the Flanker family of fighters have proved incredibly popular with air forces around the world and Russia remains the only country aside from the US to master indigenous technologies in virtually all areas of aircraft design. Unfortunately, an embarassingly poor showing by the Russian air force in Ukraine (mostly due to poor doctrine) could cloud the attractiveness of its aircraft in global markets.

There are currently 93 entries and data on 169 variants. 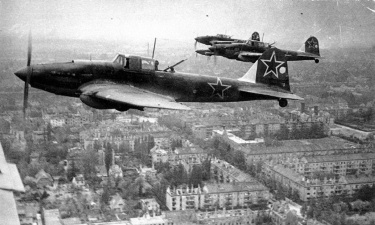 The VVS emerged from the brink of defeat, outnumbering and often outfighting the Luftwaffe. 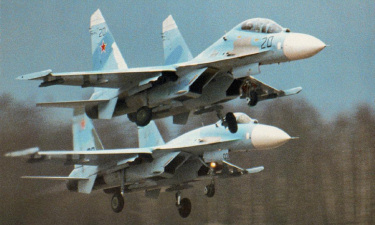 The Su-27 'Flanker' family are among the most versatile modern aircraft of any nation.