France ended World War I with the largest and more powerful air force in the world, but negligence of its air arm in the 1930s led to a shockingly quick defeat in World War I against the German Luftwaffe. Since then, France has rebounded and today is one of the few countries in the world to be capable of designing most of its aircraft without outside assistance.

French aircraft designers took the lead quickly after the Wright brothers' first flight and were quick to adapt aircraft to tactical roles early in World War I. The German invention of synchronized machine guns briefly wrested the advantage from the allied side but a string of excellent designs like the Neuport 11 (which single-handedly ended the 'Fokker Scourge' of 1915) and the Spad XIII helped swing the tide of the air war back into the Allies' favor by the end of the war. Not only was the French Service Aéronautique the largest in the world by this time but it had also supplied many of the Allies with aircraft for their air arms, notably Russia and the United States, the latter which exclusively relied on French designs. That French industry was capable of this despite its industrial heartland falling into German hands was an impressive feat.

The French, more than any of the main powers, suffered greatly from the financial constraints of the Great Depression and the political turmoil in the 1930s that had knock on effects on its aircraft industry (which in a desperate gamble was nationalized in 1936). As a result, the recently independent Armée de l'Air entered World War II at a disadvantaged state, not only numerically inferior to the Luftwaffe but lacking anything comparable to the Bf 109 which quickly established its dominance after the German invasion in May 1940, leaving the army at the mercy of the Stukas and other bombers that blasted the way for the Panzers on the ground. Fortunately, many of France's best pilots managed to escape and established themselves quickly at the service of other Allied air arms, notably the RAF which formed numerous French squadrons as well as the USSR, where the Normandie-Niemen group became one of its most decorated flying units.

After the war, France became determined to regain its status as a major air power, and this was achieved largely thanks to the efforts of Marcel Bloch, who under his nom de guerre Dassault, was to bring about a radical revival of France's aviation prowess. Dassault was responsible for most of France's Cold War designs, notably the Mirage III which was one of the most widely exported Western aircraft of all time. France also took a lead in helicopter design, initially under Aérospatiale and later pairing up with Germany to form Eurocopter. Depsite the growing cost and complexity of modern aircraft, France has maintained an important indigenous design capability, which most recently has led to the Rafale multi-role fighter. It's performance during the recent conflict in Libya has been nothing short of remarkable, outclassing even that of its great European rival, the Eurofighter Tyhoon, and demonstrating that the French aviation industry remains determined to remain at the leading edge of technology.

There are currently 46 entries and data on 57 variants. 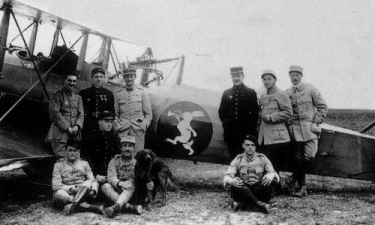 Excellent aircraft and talented pilots was the legacy of the French air arm during World War I. 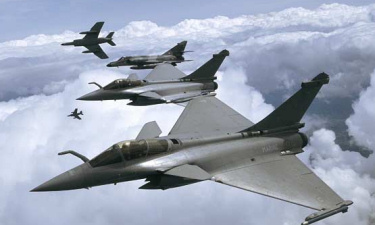 France's latest and greatest design is the Rafale, one of the finest multi-role fighters ever built.