The Breguet Br 690 series of aircraft began as a design for a multi-role fighter but lack of government funding and other development problems limited its role to light tactical bombing although it was generally regarded as being superior to other similar aircraft like the Potez 63. It was a cantilever mid-wing all-metal monoplane that, despite some promising features like good speed, had major powerplant and maintenance issues which forced continuous changes in engine types, going so far as to import Pratt & Whitney Twin Wasps in a later version despite a reduction in performance. The Br 690s were mostly used in the ground attack role where they suffered heavy casualties do to enemy fighter opposition yet in general gave a good account of themselves, mostly as dive bombers. After the French capitulation, some surviving aircraft were transferred to Italy's Regia Aeronautica for use as trainers.

The Br 690 was first flown as an experimental fighter design on 23 March 1938, its role was then changed for a light bomber which resulted in the Br 691 which entered service shortly after the outbreak of the war. Engine problems let to the adoption of Gnome-Rhône 14N7 radials in the Br 693 and later Pratt & Whitney Twin Wasps in the Br 695. Unproduced versions included the Br 692 with a more powerful engine, the Br 694 reconnaissance bomber also to be built in Belgium, and the Br 696 with an enlarged bomb bay. 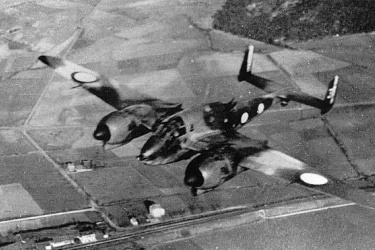