Designed as a replacement for the Mirage III series, the Dassualt Mirage F1 was a completely new development which strayed from the traditional tail-less delta configuration of its predecessor and instead was based on the larger Mirage F2 concept which had been designed previously by Dassault. This new airframe resulted in a design which in most respects was vastly superior to the Mirage III, especially in aerodynamic efficiency, maneuvrability and fuel consumption. The Mirage F1 was also provided with considerable ground-attack capability making it a true multi-role aircraft in its own right. Like most French aircraft, it achieved tremendous export success serving with Ecuador, Jordan, Libya, Morocco, Qatar, Spain and Iraq, the last using it in anger with the deadly Exocet anti-ship missile in the infamous attack on the USS Stark in addition to extensive operations during the Iran-Iraq War. The Mirage F1 was the most widely used French fighter in the Armée de l'Air until the Mirage 2000 entered service in the 1980s, many are still in use worldwide. 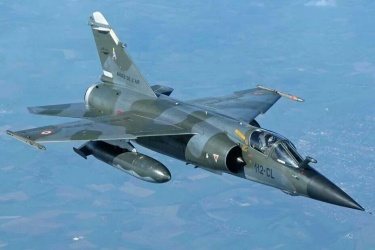