Designed by Marcel Riffard, the Caudron C.714 (often called Cyclone) was developed as a lightweight fighter, one of the few to achieve production and actually serve in World War II. It was based on a series of racing aircraft of mostly wooden construction made for a quite economical fighter which could be built rapidly in large numbers. Unfortunately, the light fighter concept proved significantly flawed and only a small number ended up in service, mostly with some Polish volunteer training squadrons which flew against the Luftwaffe, claiming 12 aircraft destroyed at a cost of 13 of their own. After the surrender, a small number were used by Vichy forces while others were taken over and used by the Luftwaffe; a few partly assembled units were also sent to Finland, part of a larger order which was interrupted by the capitulation although one squadron was formed.

First flight of the prototype C.714 took place on 6 July 1938, it had been based on the earlier C.710 lightweight fighter and the C.713 fighter with retractable landing gear and a redigned vertail tail surfaces. The C.714 was the main production version armed with wing-mounted machine-guns while other planned developments featured more powerful engines but none ever reached production. 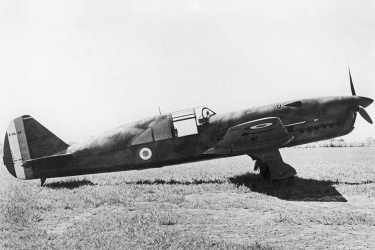