Around one-third of the Armée de l'Air's medium bomber force at the start of World War II was composed of the Bloch MB.210. Based on the earlier MB.200, it was different mainly on account of its cantilever low-wing configuration and a retractable undercarriage but retained it's predecessor's pronounced angular fuselage which made it easily recognizable despite its ungainly appearance. Unfortunately for the French, the MB.210 was already obsolete by the time of the outbreak of the war but that did not prevent it from undertaking numerous nighttime operations against German lines of communication in the Rhineland, Belgium, and France itself before being retired shortly before the surrender. Pre-war export customers included Romania and Spain while a number of surviving aircraft were eventually sent to Bulgaria for navigation training.

The MB.210 was developed as a private venture and was first flown in prototype form on 23 November 1934. It had a fixed undercarriage which was eventually substituted by a retractable one in the second MB.211 Verdun prototype. Production versions were designated as the MB.210BN4 and BN5, these featured numerous modifications to the the wings, tail, and defensive armament while having a progressively improved powerplant. 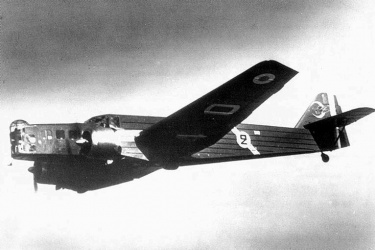