The Germans pioneered the art of blitzkrieg during World War II, as its panzer forces came dangerously close to submitting the whole of Europe to the Führer's rule. From Rommel's panzers that raced through the North African desert, to the Panthers and Tigers that dueled to the death in Normandy and Russia, Germany has cemented its place as one of the great tank powers of the world, a reputation that remains unblemished to this day.

The introduction of tanks into the battlefields of the Western Front in 1916 and 1917 came as a shock to the Germans, who watched in awe as the lumbering behemoths tore through the trenches with an ease that was inconceivable with riflemen alone. Inexplicably, though, German authorities failed to come up with their own designs and by the time of the surrender had had to do mostly with captured British and French vehicles rather than their own. Realizing the potential war-winning capabilities of the fearsome new weapon, Gemrany was banned from possessing tanks although these were developed in secret before the Nazis finally broke the shackles of the Versailles Treaty in 1935 and announced their rearmament.

More than anyone else, it was the theories of General Karl Heinz Guderian that paved the way for the development of the German blitzkrieg, which involved the concentration of tanks on a mass scale which could smash through the enemy front with the help of tactical air power. Guderian's theories were put to the test during the great blitzes of 1939-41 which dealt swift knockout blows against Poland, France, and nearly, the Soviet Union, notwithstanding the often technical inferiority of German tanks compared to their counterparts. During these battles, the achievement of Germany's famed panzer generals such as Rommel, von Rundstedt and Manstein became the stuff of military legend. Eventually, however, Germany's armies were slowly driven back to the Fatherland by the resurgent Allies, even despite the introduction of groundbreaking designs such as the Panther or the Tiger II, while even venerable designs like the Panzer IV were kept constantly modernized. Unfortunately, German industry was never able to keep up with demand and as a result, was outproduced by its enemies. Furthermore, it failed to prove its infantry with the mass of trucks, lorries and half-tracks that allowed the US and British armies to become the first fully motorized forces in the history of warfare.

After the war, rising tensions between East and West resulted in West Germany entering NATO and becoming the first line of defense against a potential Soviet invasion. Although it was initially equipped mostly with US designs, a revitalized military industry soon came up with novel designs such as the Leopard 1 tanks and the Marder infantry fighting vehicle, one of the first fielded by a NATO army. By the end of the Cold War, Germany had amassed the third most powerful tank force in the world spearheaded by the Leopard 2, one of the finest tanks ever built (and in contrast with its great US rival, the M1 Abrams, a far more successful contender on the export market). Although the German army has downsized significantly since, it remains a top tier source for armored vehicle design and will undoubtedly maintain its privileged position well into the future.

There are currently 51 entries and data on 99 variants. 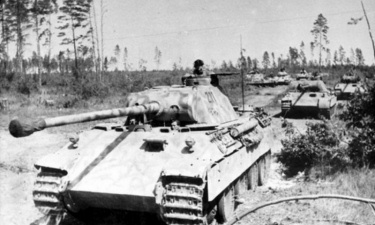 A sight that would bring nightmares to any Allied tankman: a line of Panthers near Kursk. 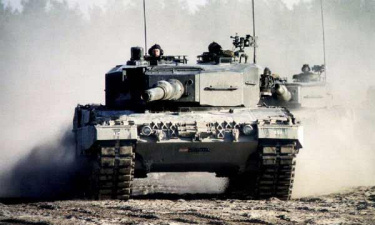 The Leopard 2 is one of the finest MBTs ever designed and a tremendous export success as well.