Japan was the first non-Western nation to build up a significant domestic aircraft industry and by World War II had become a leading exponent of naval aviation thanks to designs like the Zero. Post-war Japanese industry, however, has found it difficult to achieve a similar level of mastery despite the country's economic prowess.

Japanese aviation history began in 1910 when delegations were sent to Germany and France in order to acquire the latest European technology and bring it back home. It was not until the 1920s, however, that Japanese aviation truly took off, as local designs began gradually replacing foreign aircraft (mostly British) and efforts to create a viable naval air arm took precedence following the country’s rise into the ranks of major naval powers after the Washington Treaty of 1922. This priority given to carrier-based aircraft was unique among the great powers, and ensured that by the time World War II began, the Imperial Japanese Navy could count on not only the finest naval aircraft in the world, but also the most experienced.

This human and technological superiority came as a shock to the Allies during the first few months of combat in the Pacific, as nothing in the US or British arsenals came close to matching the super-maneuverable Zero or the devastatingly effective Val dive bomber. Japanese Nelly bombers also made history by sinking the Prince of Wales and Repulse, the first capital ships to be sent under by aircraft. On the downside, Japanese aircraft tended to be particularly fragile as many lacked self-sealing fuel tanks and other protective amenities, and were also under-armed. The heave losses suffered in the carrier battles of 1942 ultimately proved to be irreplaceable, and came at a time when the US began introducing a new generation of naval fighters such as the Corsair and Hellcat which gradually swung the balance of the air war to the Allied side. No better example of the growing disparity between Japanese and US air power was the Battle of the Philippine Sea, better known as the 'Marianas Turkey Shoot' for the hundreds of Japanese aircraft shot down. By 1944, the Japanese began resorting to suicide pilots, known as Kamikazes, that despite their fearsome reputation made a negligible impact towards avoiding an inevitable defeat.

Japan was barred from having an aircraft industry after the war but the needs of the Korean War quickly resulted in the country rearming. Most Japanese military aircraft since have been locally-produced US designs such as the F-104, F-4, and most recently, the F-15 although a few indigenous designs including trainers and transport aircraft have been produced. Even Japan’s only true domestic fighter, the F-2, is largely based on US technology. Despite the country’s position as one of the world’s most technologically advanced economies along with one of the biggest defense budgets in the world, a top-rank aviation industry continues to elude Japan, which unlike Europe, is unable to count on regional collaboration. This, along with its constitutional ban on military exports, places many questions on its aviation industry’s future viability even as it is forced to response to the increasing regional ambitions of China.

There are currently 42 entries and data on 60 variants. 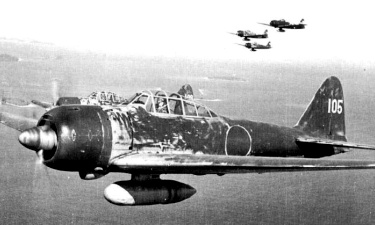 The Zero owned the Pacific skies until it was outclassed by more powerful US fighters in 1943. 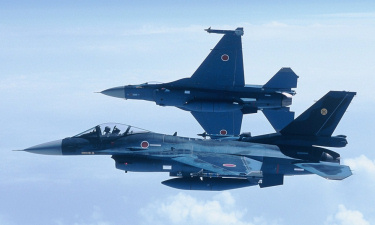 The F-2 is Japan's first indigenous post-war fighter but borrows heavily from the F-16.