The Mitsubishi Ki-21 'Sally' was the main Japanese heavy bomber available when the war began, although by Western standards it would qualify more fittingly as a medium bomber on account of its actual size and its twin-engine configuration. The Ki-21 was nevertheless an effective design with a good combination of speed, range and bomb load which made it a useful addition to the Japanese Army's arsenal during the campaigns in China, Burma and South East Asia where it faced little aerial opposition; its initial version outperformed every bomber in the world at the time except for the US B-17. Like most Japanese aircraft, the Ki-21 was poorly protected and even though this was partially remedied in later variants, it began to show its age during the final years of the war where it was relegated to secondary duties despite never being truly replaced in service. Still, as a first step in Japan's modernization program, the Ki-21 would eventually lead to better designs like the Ki-67.

The first Ki-21 prototype flew on 18 December 1936 and entered service as the Ki-21-I during the war with China. This variant featured 850-hp Nakajima Ha-5-Kai radial engines and only three 7.7-mm defensive guns and, fortunately, was quickly recognized by Japanese authorities to be potentially vulnerable to Allied aircraft. The basic design was therefore improved resulting in the Ki-21-II which featured better armament protection and a new engine. Of these, the Ki-21-IIb featured a turret-mounted 12.7-mm gun in place of the characteristic "greenhouse" in the rear dorsal position. A number of Ki-21-I bombers were converted to transports for service in China, these were known as the MC-21. 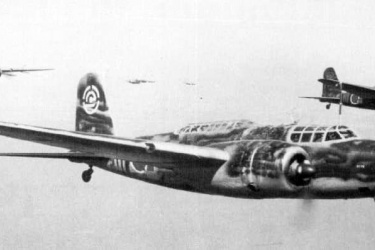