The Nakajima B6N Tenzan (Heavenly Mountain) was designed in 1939 as a replacement for the B5N 'Kate' torpedo bomber. It greatly resembled its predecessor but was designed with a much more powerful Mamoru engine which initially gave the aircraft major stability problems, so much that an entirely new Mitsubishi Kasei engine had to be adapted eventually. Unfortunately, development problems as well as meddling by Japanese authorities resulted in the aircraft entering service once the balance of the war had swung irreversibly in the Allies' favor and thus the B6N never got a chance to prove itself despite being an overall good design: it was widely considered to be superior to its Allied counterparts, the Avenger and the Barracuda. 'Jills' were used during the Battle of the Philippine Sea and onwards, including many as kamikazes during the Okinawa campaign due to the dearth of trained pilots as well as a lack of carriers which made the 'Jill' operate mostly from land bases during the final year of the war.

The prototype B6N first flew early in 1941 but subsequent development was hampered by official insistence in the adoption of the troublesome Mamoru engine. These were eventually fitted in the B6N1 which debuted rather disastrously in the Battle of the Philippine Sea. Unsurprisingly, engine problems eventually resulted in the refitting of Kasei engines in the B6N2 which thus became the definitive version of the Tenzan fighting throughout the last major battles of the Pacific campaign. Prototypes of the B6N3 were also developed with a strengthened undercarriage for operations from unprepared airstrips but were unable to enter production in time. 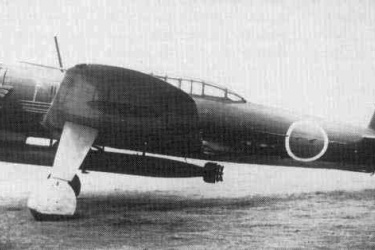