China did not develop an indigenous aircraft industry until after the Civil War, initially by license-producing Soviet MiGs. Since the fall of the Iron Curtain, however, the country has made great strides in reducing its dependency on foreign technology to the extent that it may be the third country after the US and Russia to put a stealth fighter in service.

Development of a national aviation industry was a key goal of the Chinese Communist Party after 1949. As part of its alliance with the Soviet Union, numerous early-Cold War Soviet designs were offered for license-production including MiG fighters and Tupolev bombers. However, the Sino-Soviet split closed the doors to key technology which prompted an even more vigorous effort to develop indigenous capacity. This resulted in major upgrades of existing designs, such as the J-7E which brought the venerable MiG-21 to third-generation levels. Towards the end of the Cold War, tensions between China and the USSR had eased and once again, China received some of the most advanced Soviet aircraft of the day, notably the Su-27 fighter (known locally as the J-11). An effort to procure Western avionics was also undertaken although the reliance on Soviet (later Russian) technology was still pronounced.

Since the turn of the millennium, China’s aviation industry has inched closer to modern standards, as evidenced by the development of the J-10 multi-role fighter, which closely resembled 4.5-generation fighters like the Rafale and Typhoon (at least in appearance, as in capability it might still be some years behind). Even more impressive has been the recent news that a stealth fighter, known as the J-20, was in the works, thereby making China only the third country in the world besides the US and Russia to be developing such a type on its own. This would give the PLAAF a massive boost in capability, as part of an overall drive to increase the country’s military power on a qualitative as well as a quantitative level. Unencumbered by the fiscal constraints currently facing the US and Europe, China’s aviation industry is likely to further narrow the gap with the West over the next decades as it increasingly challenges the dominance of the US in the Pacific in what is likely to become the most important military rivalry of the 21st century.

There are currently 16 entries and data on 19 variants. 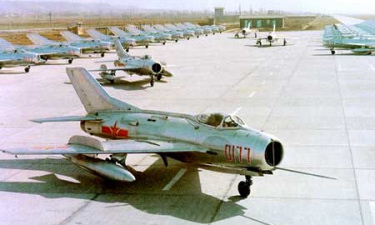 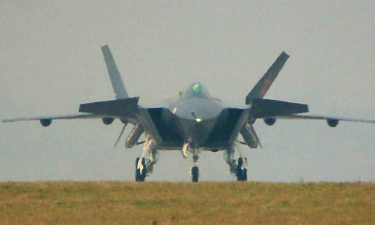 The J-20 could put China in the select group of stealth-capable countries.