Despite its automotive prowess, Italy has never had a tradition for armored warfare in the same vein as other European powers, mostly on account of geography and a smaller industrial base. As a result, Italy struggled during World War II when faced with better equipped opponents such as Britain. But after a post-war hiatus, Italy has made a strong comeback and now has an indigenous design for practically all categories of AFVs.

Italy's first tank design borrowed heavily from the French FT-17 and efforts were made to produce a variety of light armored vehicles for use in Italy's North African colonies, rather than larger designed intended for use in a European war. These proved quite successful for their purpose, but convinced Italian authorities that not much more was needed, even when the Spanish Civil War showed that these were too poorly armed and too thinly armored to put up much of a struggle in the modern battlefield. By the time World War II began, Italy was woefully unprepared for armored warfare against a better equipped opponent like the British, even considering the Allies' chronic deficiencies in producing decently armed tanks. Italian medium tanks, like the M13/40 were little more than light tanks by most other countries' standards and a weak industrial base meant that too few were built as well. In the end, Italy relied extensively on the Afrika Korps' much superior panzers for support, even though the Italian Army provided the largest share of armored vehicles for the Axis during most of the North African campaign in 1940-43.

Like all of the defeated Axis nations, Italy suffered a prolonged hiatus from armored vehicle development in the immediate post-war years and relied extensively on US (and later German) equipment. During the 1960s, Leopard 1 and M60 tanks were produced domestically, by which time a burgeoning local defense industry was taking shape under the auspices of IVECO and Oto Melara. During the 1980s, Italy produced a string of new designs for practically every category of AFVs, most of which entered service in the 1990s and 2000s. Some, like the Ariete tank, show that Italian industry is capable of producing advanced third-generation designs, and others like the Centauro, Dardo, and Freccia, appear to be a match for many of their competitors but have unfortunately suffered from little export success. A difficult economic situation in the near future, however, will place strains on Italy's defense industry in the following years.

There are currently 15 entries and data on 21 variants. 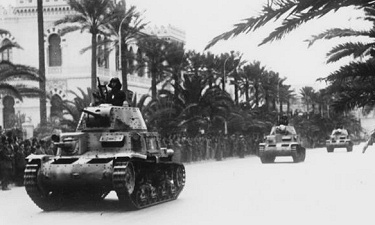 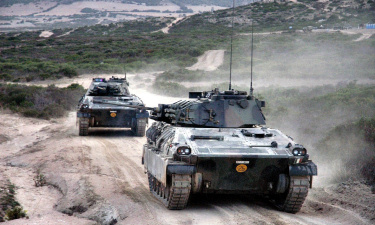 Italy has caught up and now produces some very capable designs like the Dardo IFV.