Military aircraft are costly and complex machines, but this has not deterred many countries from establishing aviation industries of their own. As more economies increase their technological sophistication, the global aircraft market will have more and more players every passing decade.

Many countries followed the lead of the great powers in establishing nascent aircraft industries in the decades after the Wright brothers' first flight, particularly during the inter-war years when aircraft technology had become more widespread across the globe. In fact, during the 1920s it was a Dutch company, Fokker, which dominated the civilian aircraft market and had previously made an impact on military aviation through its designs for the German Luftstreitkräfte during World War I. Czechoslovakia, Poland and Sweden were also important sources of military aircraft design but even non-European countries as far away as Argentina and Australia also made efforts to build some indigenous capabilities of their own.

Nevertheless, the limitations in design and industrial production were apparent during World War II as it became patently obvious that few countries aside from the great aviation powers were actually capable of building up modern air forces. Despite the valiant efforts of their pilots, most air forces of the smaller European nations quickly melted away against the Luftwaffe, although those who managed to escape often found great success in the growing foreign squadrons of the Allied air forces, notably the RAF which counted on numerous Czech and Polish squadrons among other nationalities. The Axis were no strangers either to this trend either, and a few of its smaller members also put in service designs of their own such as the Romanian IAR 80, probably the finest fighter of World War II not designed by a major power.

The advent of the Cold War provided a fertile ground for Western and Soviet client states to build up their aircraft industries, usually by license-producing existing designs but occasionally by improving on these or building new aircraft from scratch. Some of these have not been lacking in ambition, as was the case with the Canadian CF-105 Arrow, considered by some to have been the best fighter of its day, but cancelled due to political reasons. A similar fate befell the Argentinean IAe 33, designed by Germany’s Kurt Tank himself. Undoubtedly the most important trend has been the spread of aviation technology to newly independent states such as India, Pakistan, Israel and South Africa all of which have by now have produced aircraft of their own either in collaboration with other states or by significantly modifying existing designs (like the Cheetah or the Kfir). Meanwhile, Sweden has maintained an important indigenous aircraft industry and was the first country to put in service a 4.5 generation fighter, the Gripen, which has successfully competed with rivals like the Tyhpoon and Rafale in the global export market. With India now collaborating with Russia to produce a stealth multi-role fighter to rival the F-35, the possibilities for emerging economies to catch up to the established aviation powers (many of which are mired with fiscal problems) have never been better.

There are currently 47 entries and data on 69 variants. 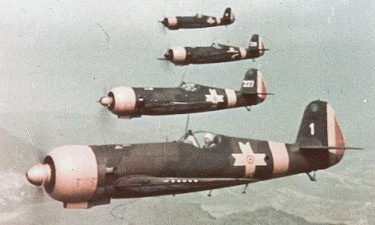 Romania's IAR 80 was as good as most early war fighters. 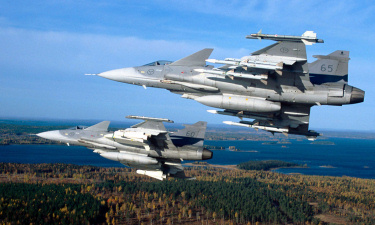 The Swedish aircraft industry's crowning achievement is the multi-role Gripen.