Defeat in the Russo-Japanese War left the USSR with vastly reduced naval capability until the 1960s when it became seen as essential to be able to challenge the US at sea. A massive blue ocean navy supporting the largest submarine fleet in the world was built during the second half of the Cold War but the fall of the Berlin Wall led to much of it withering away.

The twilight of tsarist naval power took place during the Battle of Tsushima in 1905, when a Russian fleet that sailed around the globe was destroyed by the Japanese. Despite a buildup in the years before the conflict, the Russian navy played a modest role in World War I (mostly in the Black Sea and the Baltic) and suffered further after the Revolution. In one incident, the remnants of the Black Sea fleet switched sides to the Whites, sailing away and never returning back to Soviet control. Under Stalin, the Soviet fleet made some efforts at modernization and built a sizable submarine fleet but once again, had a negligible impact on the outcome of World War II. It also did not help that many senior naval officials were executed during Stalin's pre-war purges. Most of the effort in providing Lend-Lease material therefore fell on the Allies which undertook perilous journeys through the Arctic, running the gauntlet of German U-boats and bombers.

After the war, the Soviet navy benefited from some Axis reparations but building up a powerful fleet was not a priority until the 1962 Cuban Missile Crisis when it was apparent that it had no chance to challenge the US at sea. A massive naval buildup began afterwards, under the guidance of Admiral Gorshkov, and the size and tonnage of the Soviet fleet eventually came close to matching that of the US Navy. Soviet doctrine differed from that of NATO and focused on the survival of ballistic missile submarines in order to maintain a nuclear second strike capability at all times. As such, the Soviet relied on their own fleet of attack submarines in order to neutralize NATO's Atlantic convoys (much like the Germans attempted during both world wars) while also planning to counter the US Navy's aircraft carriers through the use of ship- and sub-launched cruise missiles as well as naval long-range bombers. The result was that Soviet ships appeared bristling with weapons, even though in most respects were still not as technologically advanced as their NATO counterparts. Additionally, the Soviet navy expanded its global presence, maintaining permanent squadrons in the Mediterranean and the Indian Ocean but the large physical distances between its four main fleets was a major geo-strategic drawback.

Towards the end of the Cold War, the Soviet Navy began experimenting with aircraft carriers, first through the Kiev class carrier-cruiser, and later through its first conventional flattop, the Kuznetzov. Unfortunately, the end of the Cold War put an end to these plans and many ships languished in port due to lack of funds. A more aggressive Russian foreign policy under Vladimir Putin has raised fears of a return to Cold War-levels of antagonism, and new designs for ballistic submarines as well as other ships such as cruise missile-armed frigates have come into service in recent years. But lacking a strong economy to back it up, the scale of Russian rearmament will be limited especially for its surface forces where nothing larger than a frigate has been built since the collapse of the USSR.

There are currently 122 entries, data on 0 warship types, and 2,239 individual warships in the registry. 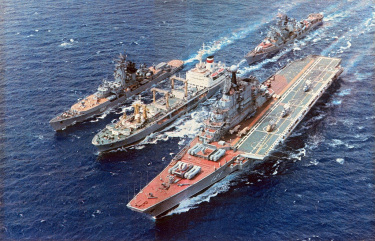 By the end of the Cold War, the Soviet navy had true blue ocean capability. 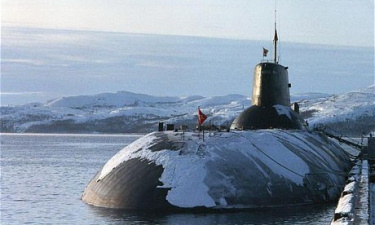 Soviet naval doctrine was based on protecting its ballistic submarines.