The Grumman TBF Avenger was developed by team led by W.T. Schwendler to replace the TBD Devastator which was considered obsolete by the outbreak of the war in 1939. Big and rugged, the Avenger was the largest aircraft to operate from US carriers during World War II, and also the heaviest single-engined aircraft of the war. It was large enough to be equipped with a torpedo/bomb bay and also featured the classic Grumman compound angle wing-folding mechanism which maximized storage space. Armament included one .30-in cowl-mounted or two .50-in wing-mounted guns, a manually operated .30-in rear ventral gun, as well a .50-in gun in a dorsal power turret giving it some degree of all-around protection. Later versions with strengthened wings could also be equipped with rockets, radar pods, and ASW equipment. Had the Avenger's combat debut at Midway foreshadowed it's future performance, it surely would have not lasted too long in service: of the six available aircraft during the battle, only one survived. Despite this, the Avenger soon became a very effective torpedo bomber and a mainstay of the US carrier fleets from late-1942 onwards, fighting with distinction in every major battle in the US Navy's drive across the Pacific: by war's end, TBF's had among their tally both of Japan's superbattleships (the Yamato and Musashi) and no less than 5 carriers and 30 submarines. Avengers were also used extensively in the Atlantic as part of escort carrier hunter-killer teams as well as with the Fleet Air Arm where it filled a much needed gap for a modern torpedo bomber. Post-war variants served in a myriad of roles, a testament to the design's versatility and the last Avenger retired from USN service until the 1960s by which time it had also been adopted by Canada, France, the Netherlands, Japan, and New Zealand. Both British and French Avengers participated in the 1956 Suez Crisis, their last major use in combat. The Avenger was also notable for having been flown by future president George W.H. Bush as well as for Flight 19, a group of five aircraft which disappeared at sea and which began the Bermuda Triangle legend.

The prototype XTBF-1 was first flown on 1 August 1941 and first appeared as the TBF-1 in early 1942. Numerous subvariants of the TBF-1 were produced notably the TBF-1C with extra wing guns, increased fuel capacity, and wing-mounted ASB radar. Others included the TBF-1D and -1CD conversions with ASD radar for ASW duties, the TBF-1E with additional electronics (notably a pylon-mounted AN/APS-4 radar), the TBF-1J for arctic operations, the searchlight-equipped TBF-1L and lastly, the photo-recon TBF-1P and -1CP. The TBM designation was given to all Avengers produced by Eastern (General Motors) and were equivalent in their alpha-numeric schemes to the Grumman versions. Grumman production stopped in late 1943 to concentrate on fighter production, and Eastern took over mass-producing the next major version, the TBM-3. It featured a redesigned cowling, an uprated engine, as well as strenghtened wings which enabled it to carry HVAR rockets. The TBF-3E was similar to its Grumman counterpart but featured some weight reduction features including an external tailhook in later aircraft. Unique subvariants of the TBF-3 included the TBM-3H surface search radar conversion, TBM-3M Tiny Tim rocket platform, TBM-3N night attacker, photo-recon TBM-3P, TBM-3Q ECM platform, and TBM-3U target. Post-war versions saw considerable fuselage redesigns. The TBF-3W was one of the first airborne early warning (AEW) platforms to enter service and featured a faired over rear canopy, a large belly dome housing the AN/APS-20 radar, and auxiliary tailfins to compensate for stability. The TBF-3S was a specialized ASW variant with all defensive armament removed resulting in a sloped canopy extension replacing the dorsal turret. Later, the TBF-3W2 became a dedicated ASW platform and was paired with the TBM-3S (and later TBM-3S2) where they operated as hunter-killer teams. Finally, the TBM-3R was a carrier onboard delivery (COD) cargo transport conversion developed during the Korean War. Fleet Air Arm variants were initially known as the Tarpon Mk I (TBF-1) and Mk II (TBM-1C) but reverted to their original name in 1944. These were followed by the Avenger Mk III (TBM-3) and AS.4 (TBM-3S). FAA aircraft were distinguished by their bulged fuselage windows. Some Canadian variants differed from their US originals, with the Avenger AS.3 lacking the dorsal turret and the AS.3M with a magnetic anomaly detector on the portside fuselage. 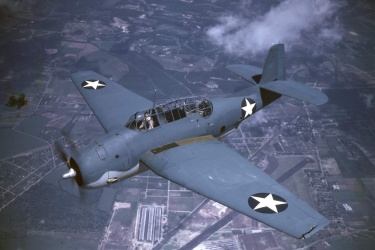