The massive Messerschmitt Me 321 glider and its six-engine offspring, the Me 323 Gigant (Giant), were by far the largest transport aircraft used during World War II and even though were relatively unsuccessful, paved the war for some of today's strategic transports. The Me 321 glider was first developed in 1941 and had serious take-off problems on accounts of it's massive full-loaded weight: it took three Bf 110s or a twin He 111Z to tow it. It was decided to add four Gnome-Rhône radials but was underpowered; an additional pair had to be installed. A variety of different engines were installed in later variants and even though it was armed with a myriad of machine-guns, it's size and speed made it vulnerable to enemy fighters (14 were shot down by RAF Beaufighters in one single operation). Still, Me 321s and 323 were used extensively during the Tunisia evacuation of 1943 and during the many retreats on the Eastern Front in 1944. Their ability to carry 48,000 lbs of stores or an entire infantry company would be unmatched for years.

The Me 321 glider was developed in 1941 with initial production variants designated Me 321A, these were followed by the Me 321B with a larger cockpit and two pilots. The Me 323V1 prototype was first flown in May 1942 with Gnome-Rhône engines, though tug assistance was necessary for takeoff. The first major production variant was the Me 323D which could carry carry up to 130 fully-armed troops with sub-variants increasing their defensive armament. Me 323Es included 20-mm cannon in the wings and either Gnome-Rhône (E-1, E-2) or Junkers Jumo (E-3) engines as well as a strengthened structure and increased armor protection. 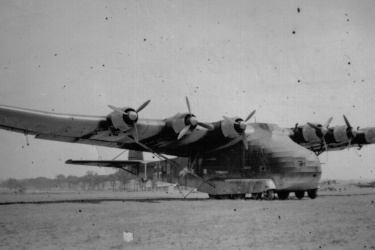