The revolutionary Focke-Wulf Fw 189 Uhu (Owl) was a highly successful tactical reconnaissance and army co-operation aircraft which was instantly recognizable due to its twin-boom fuselage but whose importance was initially ignored by the Allies. Considered an oddity during its day, the Fw 189 became known as the "flying eye" of the German Army, serving in Finland and North Africa but most extensively in the Eastern Front where it performed beyond expectations thanks to a combination of superb handling, excellent view from its glazed fuselage, and a suprising toughness of structure which made it an extremely difficult aircraft to shoot down despite unremarkable performance figures although captured examples were highly praised by the Soviets. A number were also built as staff transports and trainers while other users included Hungary and Slovakia.

The first of various Fw 189 prototypes flew in July 1938 followed by pre-production units designated Fw 189A-0. Production variants began with the standard Fw 189A-1 tactical recon platform (slightly revised in the A-2), the A-3 dual control trainer, and the A-4 close support veresion with 20-mm cannon in the wing roots. Other versions included the Fw 189B trainer with side by side seats and the Fw 189F built in France at Bordeaux-Mérignac. 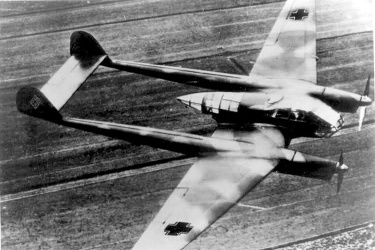