Japan was a newcomer to the great power game but immediately saw the need for a large navy to pursue its Pacific dominance. By World War II it was one of the mightiest in the world, with more carriers, better naval aircraft, and better trained pilots than its enemies but was nevertheless defeated after four years of intense combat. It has retained a defensive stance since.

Japan's ascent was consolidated in the 1905 Battle of Tsushima in which a Russian battlefleet was convincingly destroyed after sailing around the globe. Soon thereafter, Japan began modernizing its fleet and was quite successful in obtaining technology from abroad to do so (mainly from Britain, which at the time was its ally). Japan had a modest participation in World War I, capturing many of Germany's Pacific colonies, but ended the world with the third most powerful fleet in the world; one that it was keen on expanding. By this time it became apparent that Japanese militarism would set the country on a warpath with the US. Still, the Japanese accepted the Washington Naval Treaty even if it limited them to a 5:3 ratio versus the US and Britain. Unlike the British with its global commitments, and the US with its Pacific/Atlantic split, the Japanese could concentrate their fleet in a single theater, making it effectively larger and more powerful than any of the rivals it could potentially face.

Japan began World War II with a surprise blow against the US in Pearl Harbor (where all but one of the US Pacific Fleet's battleships was put out of action) after which its forces ran amok in the Pacific, conquering half the globe in the process. However, its vaunted Combined Fleet suffered a crushing defeat in the Battle of Midway where four fleet carriers were sunk, swinging the momentum to the US. The Pacific war became the most intense naval campaign in history and saw every form of sea combat: carrier battles, battleship duels, amphibious operations, and submarine campaigns. Despite some key Japanese advantages, such as in night combat and torpedo quality, the Japanese fleet was gradually ground down thanks to the superior industrial capacity of the US. The sinking of the Yamato – the largest battleship ever built – in April 1945 signaled the definitive end of Japanese naval power in the Pacific after which the US Navy operated with impunity until the eventual surrender.

The post-war Japanese constitution renounced war and the Japanese Maritime Self-Defense Force took a decidedly defensive stance. However, the growing power of China along with the threat of North Korea has led to reassessments over the navy's regional role and an increase in both offensive and defensive capabilities. For example, Japan has adopted the US Aegis air-defense system on its Kongo-class destroyers, and recently put in service a helicopter carrier (its first carrier built since World War II) that could conceivably also carry VSTOL aircraft such as F-35s. With the Asia-Pacific region shaping up as potential theater of conflict, Japan's maritime role in the 21st century is sure to expand.

There are currently 172 entries, data on 70 warship types, and 1,271 individual warships in the registry. 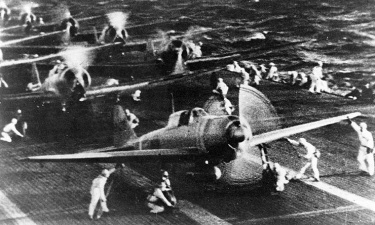 Japan had the largest carrier fleet at the start of World War II, and the finest naval aircraft. 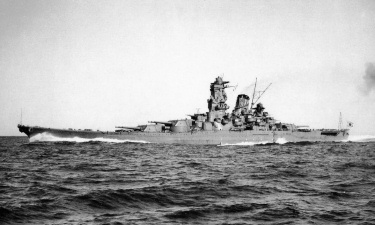 Despite building the largest ships in the world (like the Yamato), ultimate victory eluded the Japanese navy