The Dornier Do 24 was one of the many successful flying boat designs from Dornier since the pre-war period, notable for being a tri-motor design with the engines mounted across the leading endge of the wings. It had originally been developed for a Dutch colonial requirement but ended up being used by the Luftwaffe after the invasion of that country upon which production continued in the Netherlands with some units also produced in France. Used also for air-sea rescue, convoy escort, transport and troop evacuation during the Black Sea, Baltic and Mediterranean campaigns, this versatile aircraft had fairly decent performance figures and continued to be manufactured and used well into the post-war era, with some aircraft still in use in the 1960s. Ironically this aircraft ended up also in Allied service, with the RAAF taking control and using those which survived the Japanese onslaught in the Dutch East Indies, one of which was used for clandestine flights between Australia and New Guinea.

The prototype Do 24V3 flew first on 3 July 1937 and the first production variant was the Do 24K, built initially in Germany but later license-produced in Holland by De Schelde and Aviolanda and equipped with Wright Cyclone engines. Later, the Do 24N came into service, these had Bramo Fafnir engines and served with the Luftwaffe in the Black Sea, Baltic and Mediterranean campaigns. 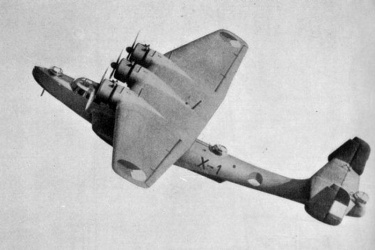